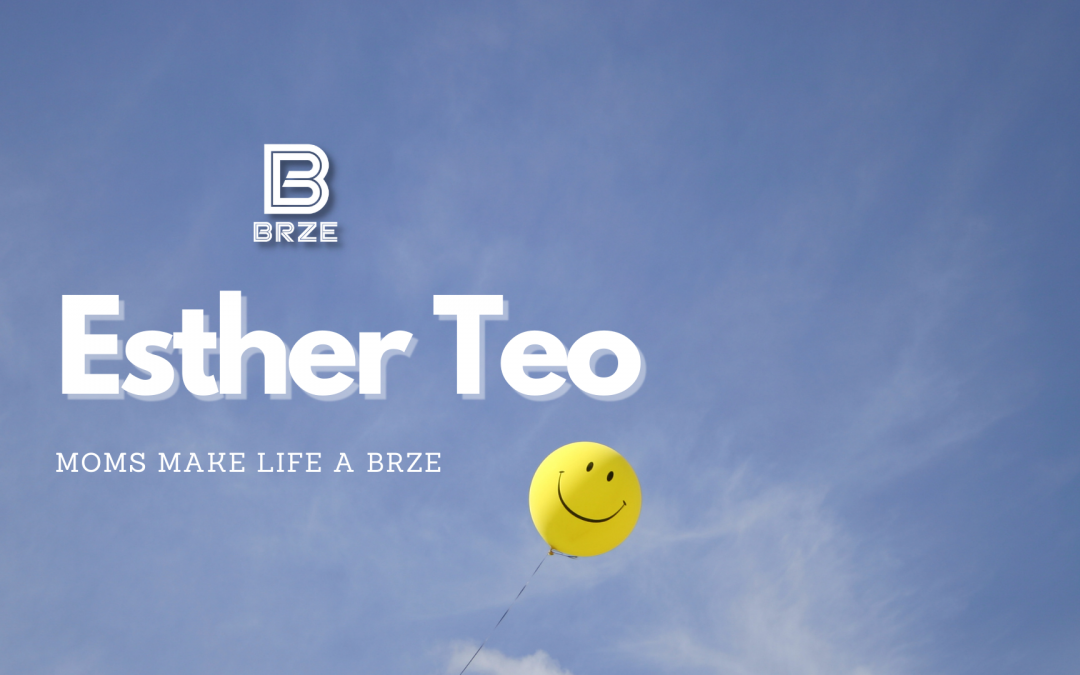 In this instalment of #MomsMakeLifeABrze we’re excited to introduce Esther  Teo.

Esther is a mother to one happy toddler, an art educator, and the wife of Singapore’s 2018 National Water Polo Team Captain. The 28-year-old has a creative quirkiness and spark about her, and a pearly-white smile that could brighten up the gloomiest day.

As I listen to her, the Asian starlette Lucy Liu comes to mind – and I ponder how this energetic mom is probably as equally kickass as the Charlie’s Angels star – 28 is considerably young for motherhood in our modern city culture, but new as she is to the whole soiree, Esther is somehow able to juggle two full-time roles: Firstly, as an art teacher, and secondly, as a dedicated mother to her one-and-a-half-year-old son, Elisha.

Her ride-or-die motto? God’s grace is sufficient for me.

Hi Esther, tell us a bit about yourself

I am an art educator and the proud mama of a nearly two-year-old boy named Elisha. I enjoy learning and exposing my son to new things, as I hope he’ll always be curious about the world. Well… One fun fact about myself:

I signed up to learn driving on the day I turned 18, and would take an SBS bus down to cram in two driving lessons back to back after Junior College, three times a week. I don’t know why I was so eager to get my license, but I’m glad I pushed myself to do that when I had a lot less responsibilities.

What do you drive now, and how long have you driven it?

I have been driving a Honda Shuttle in Singapore for the past three years, and I love it as it’s really spacious, economical, and is the first car my husband and I own. The timing of our purchase couldn’t have worked out better, as we found out we were expecting shortly after getting our car.

That’s lovely! Apart from the Honda Shuttle, what other cars have you driven before?

When I was younger, I had access to my parent’s BMW. Actually, after an incident that occured with the BMW, I did not drive for a long time.

I was in the car with my mom when a lorry in front of me did a sudden brake because he realised he wanted to turn. I didn’t keep a safe distance and slammed into the lorry. The damage to the car was so bad that it had to be scrapped.

Thankfully neither my mum nor I were injured, but that incident really scarred me for a while.

I would’ve been terrified too. What are some road safety habits you’ve cultivated for yourself since then?

Maintaining a safe distance. And signalling! My pet peeve is when people don’t signal. Seriously, how much effort does it take to just move a finger? I think signaling is so important, and is simple as being courteous and helping other drivers know your intentions, especially on congested roads in Singapore.

Have you ever gotten into an accident because someone failed to signal?

No, I have a good experience to share. I got into a little accident where a foreign motorbike hit me on the back at a U-turn. I was alone and didn’t really know what to do, and was worried that the motorcyclist would speed off.

Thankfully, when I signalled to him to turn to the small lane after a U-turn, he did so and was very cooperative in acknowledging his mistake and letting me take down his particulars. He was also very proactive about settling the matter privately and we settled everything within an hour from that incident.

Tell us the #1 rule Elisha has to abide by when in the car.

My husband and I make it a point to buckle him into his child seat and to explain that he can only be taken out when the vehicle has parked, whether he throws a tantrum or not.

What are some things that have helped you drive well with your child in the backseat?

I think it’s very important to plan my journey when travelling with Elisha, or any other kid. It’s stressful enough if the child in your vehicle has little patience and acts up, you don’t also want to be lost and trying to figure out where the nearest U-turn is.

My son is also going through a phase where he likes big vehicles, so I always use them to distract him when he gets fussy. Sometimes I’ll go, “Ooh, there is a bus coming! Do you see the bus?” and that’ll keep him occupied. Singing and talking to him helps a lot too.

What an entertaining parent! Do you also teach Elisha any road safety rules for outside of the car?

He has started walking, so when crossing the road with him, I make it a point to hold his hand and role model raising my hand up while narrating what I’m doing.

That’s a great course of action. Kids aren’t as visible as adults, and what you’re teaching him to do will help other motorists notice him when he’s on the road.

One last question: How exactly do you juggle between being a good mum and a passionate professional at the same time?

Drawing clear boundaries at work is a must. Haha. There will always be mum guilt, but I’m also learning that happy mum means happy baby, so being forgiving to myself and letting go of impossible expectations are so important.

You’re a wonderful mom. Thank you for your time, Esther. Keep up the good work.

At Brze, we love our mothers as much as we love our cars. #MomsMakeLifeABrze was started to celebrate the strong women we have in our lives, open the conversation about road safety, and crowdsource precious real-life tips from parents we adore.

Know anyone who you would like to see featured? Let us know via community@brze.sg.

Find out how much your car is worth today? 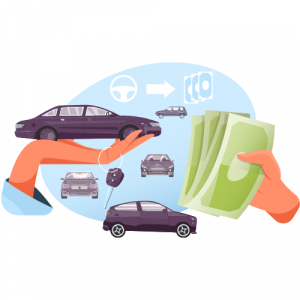