14 Iconic Cars From Films That We Love 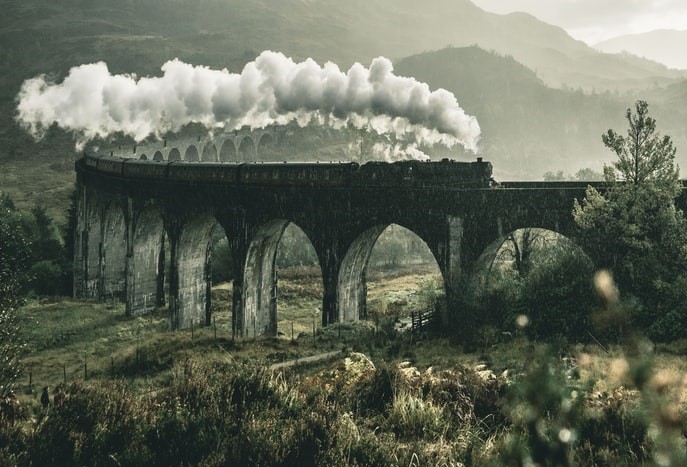 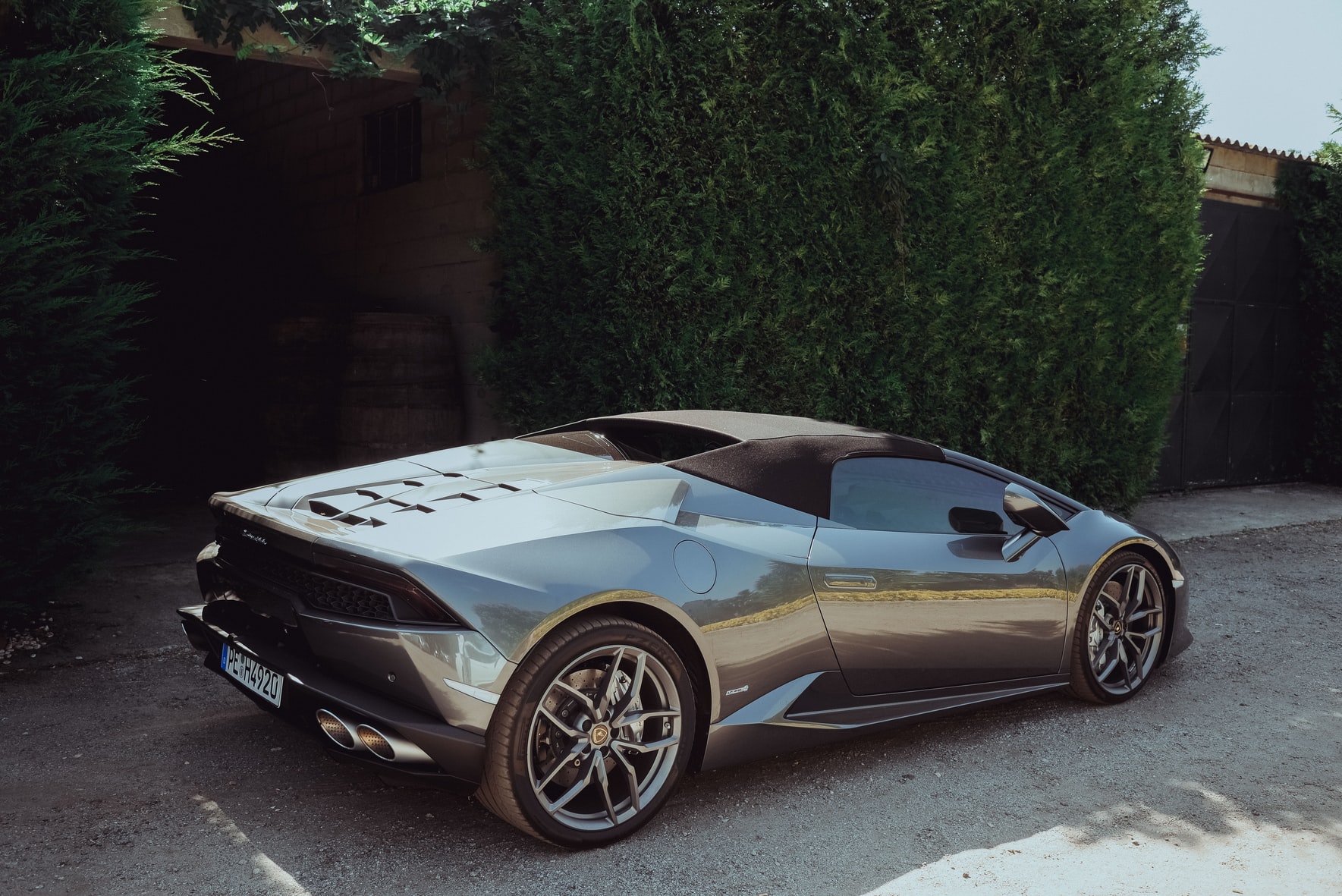 Batman’s badass car is arguably the coolest superhero vehicle out there. Which is why it would be awesome to take out for a spin. The most recent version from Christopher Nolan’s The Dark Knight trilogy comes equipped with machine guns, rock-hard armor and remote control capabilities. Oh yeah, and an extra set of propane tanks that fuel a built-in rocket engine. 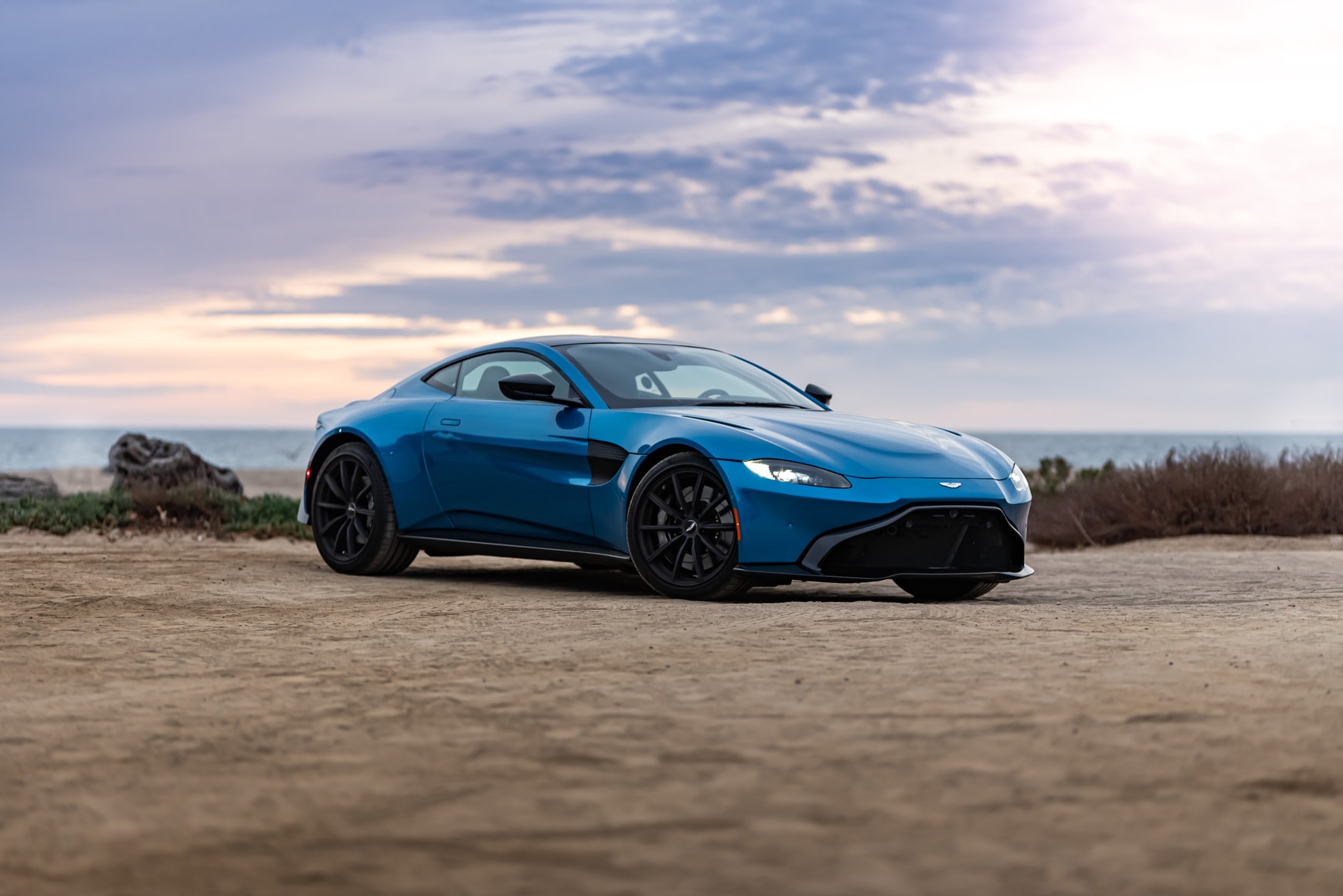 Many driver’s perfect car, the DB5 was released in 1963 and called a DB as homage to David Brown, the head of Aston Martin between 1947 and 1972. The DB5 first appeared with Bond behind the wheel in Goldfinger – subsequently appearing in Thunderball, GoldenEye, Tomorrow Never Dies, and Casino Royale. However, it never looked prettier than when making its debut. In 2010, the Goldfinger DB5, complete with gadgets, was sold for $4.1m. It had a three-way revolving number plate which read: GOLD FINGER, JB007 or BMT216A.

Did You Know – in the novel, GoldenEye, Fleming wrote that Bond bought the DB5 out of his own pocket? 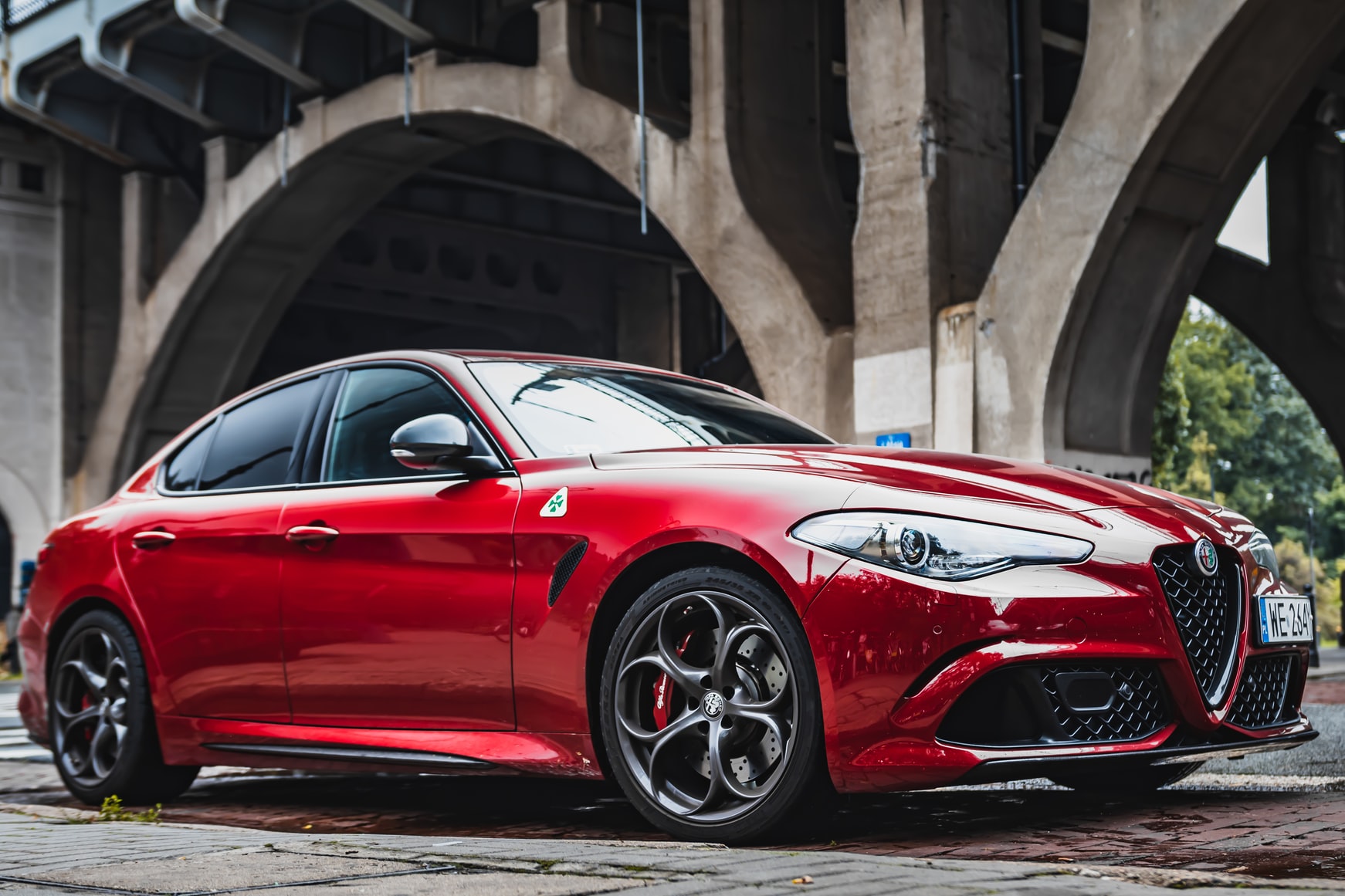 Due to its long tail, the beautiful Series 1 Spider, featured in The Graduate, is sometimes known as Osso di Seppia – Italian for cuttlefish bone. Clearly, it’s a design classic. It remained in production for almost thirty years and never looked better than when then gliding across American highways, Dustin Hoffman with the steering wheel in hand and a whole lot on his mind.

4. The Fantasticar from Fantastic Four 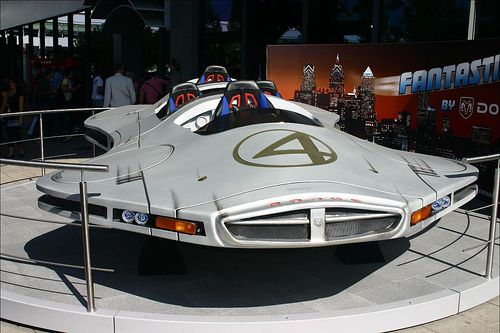 First appearing in the third edition of The Fantastic Four, The Fantasticar has had three incarnations, each more fantastic than the last! Mk. I was oval shaped and could split into multiple sections and piloted by other members of the Fantastic Four. It was stored in the Baxter Building and a top floor and  (in Issue 12) replaced by Mk. II. The second version had a transparent bulletproof windshield, it was quicker and could fly further – over 3,000 miles. In the 2007 film, the car got a further redesign making it sleeker and sexier. It was also able to fly from New York to Russia and controlled by a mobile device.

5. The Delorean DMC 12 from Back to the Future 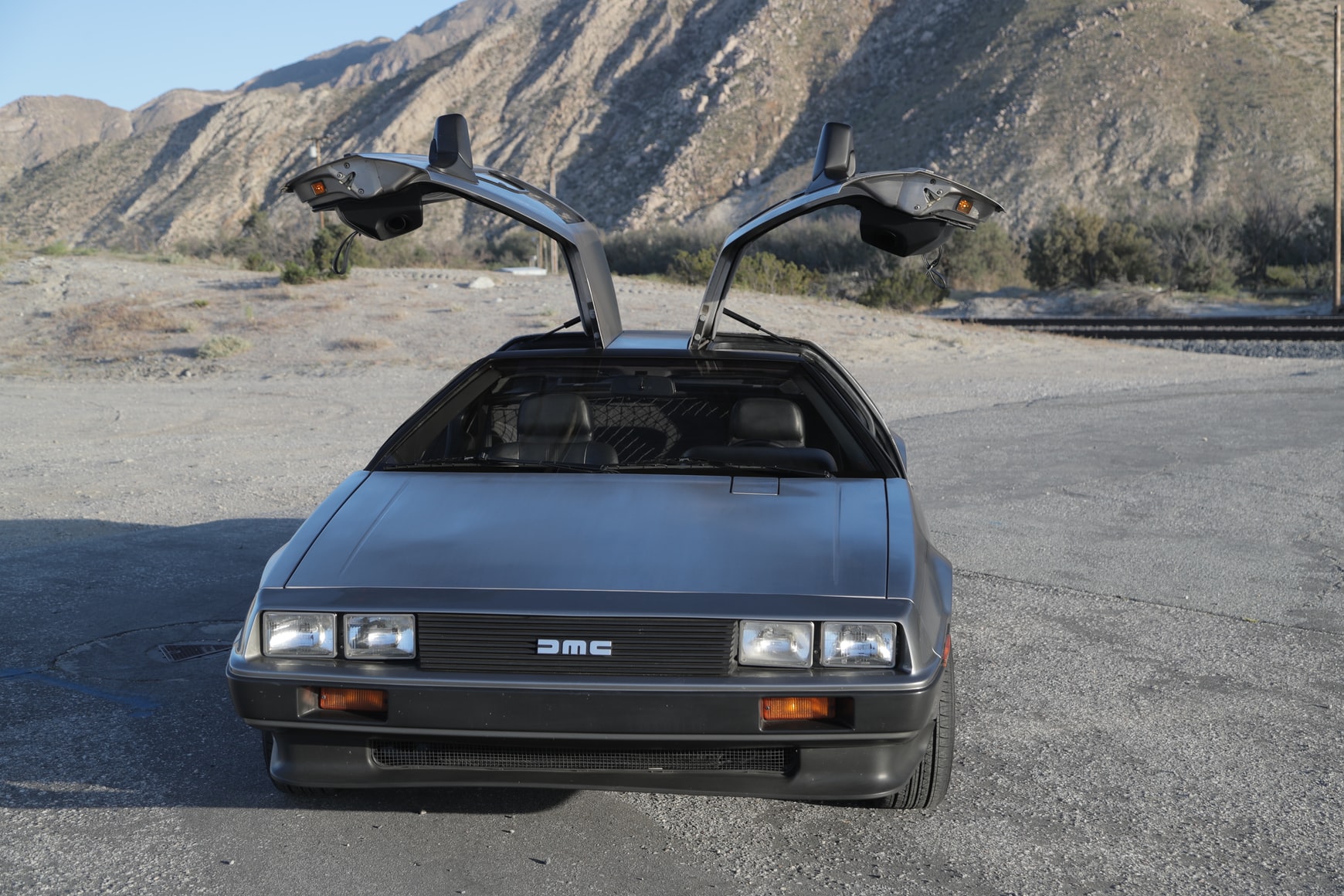 6. The General Lee from The Dukes of Hazzard 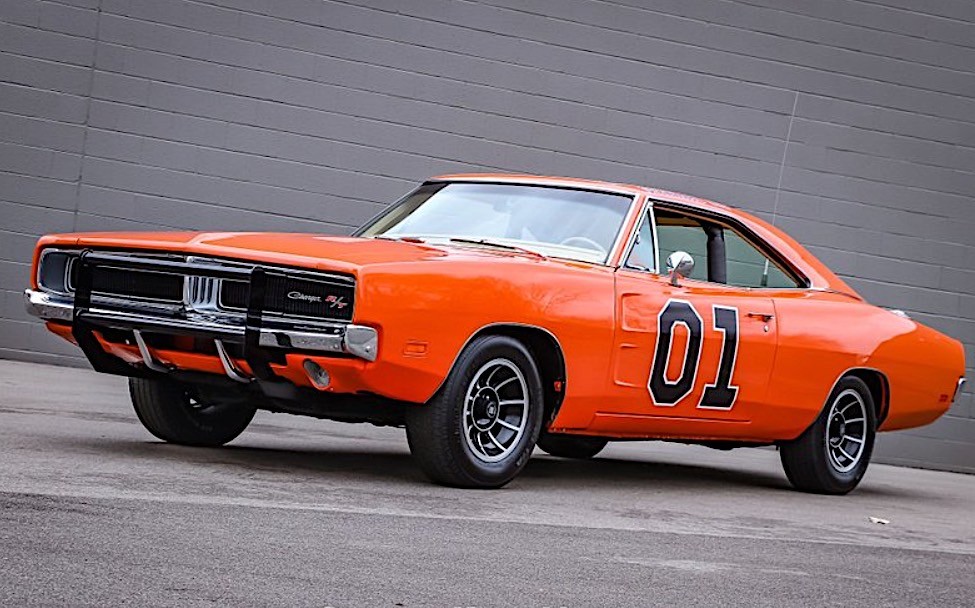 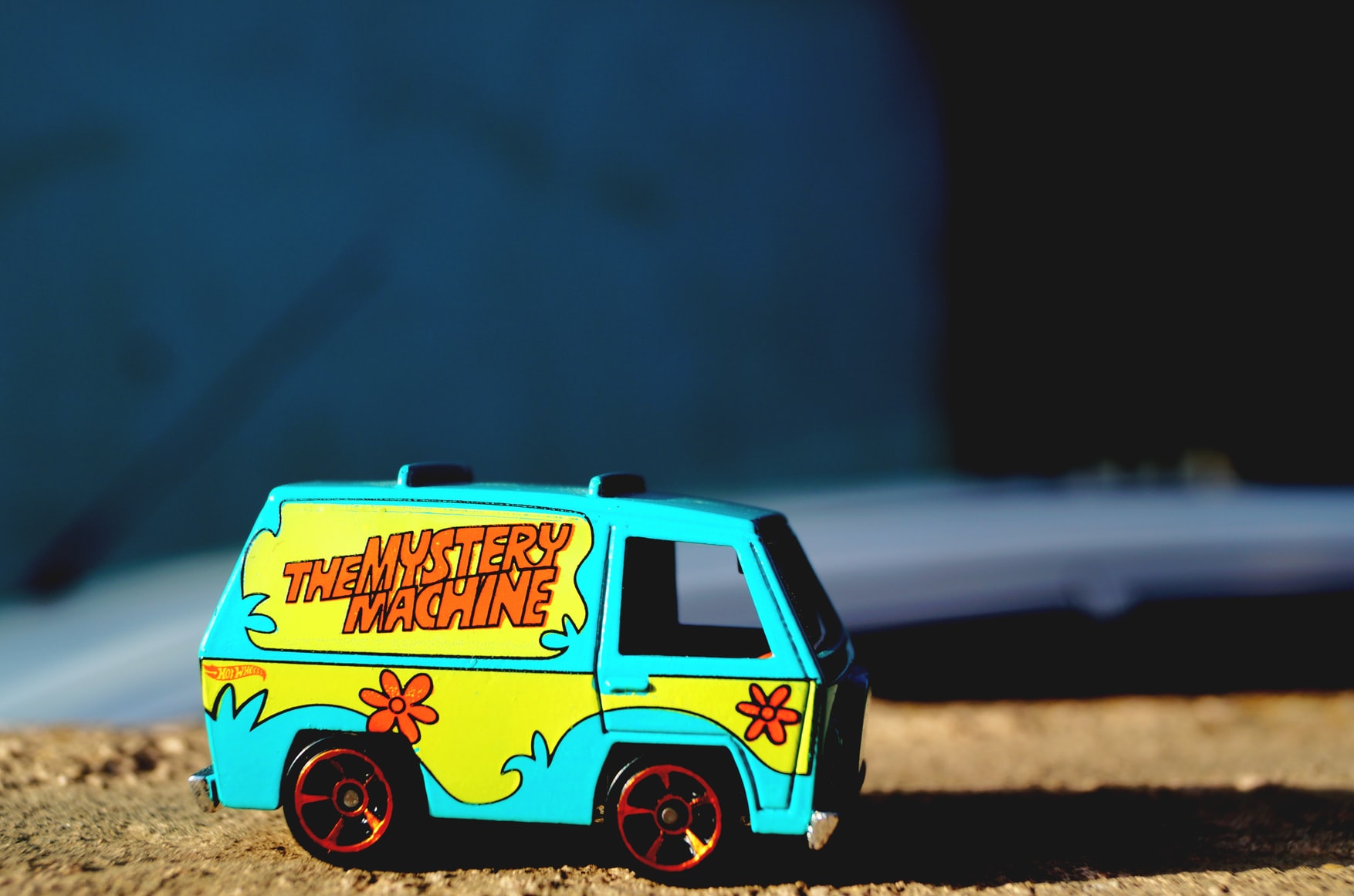 Where would the gang be without their groovy van? Where would they stash their scooby snacks? How would they get to all the mysteries that need solving? As a plus, the iconic van sports some spectacularly psychedelic lettering and flower-power inspired designs. 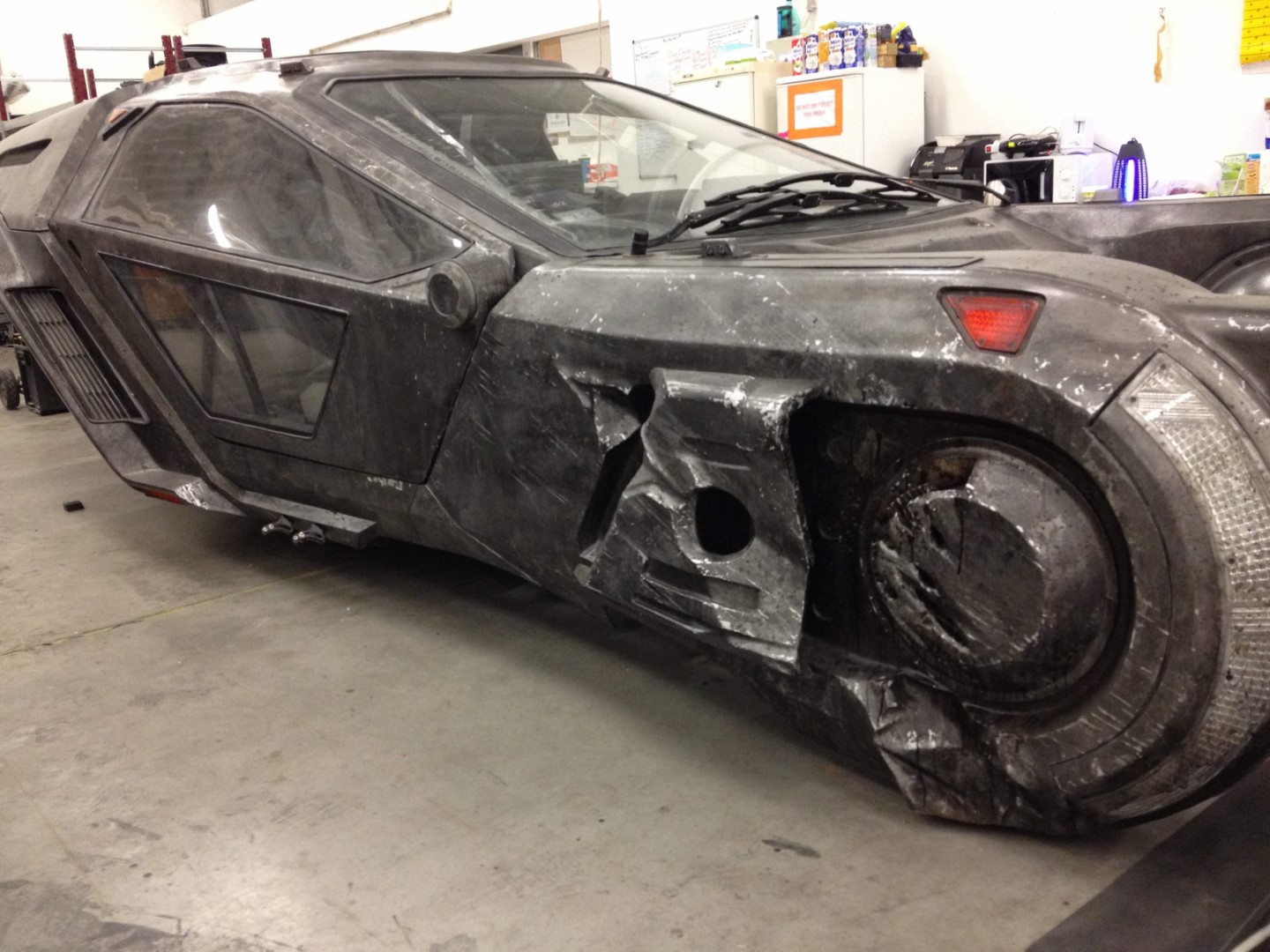 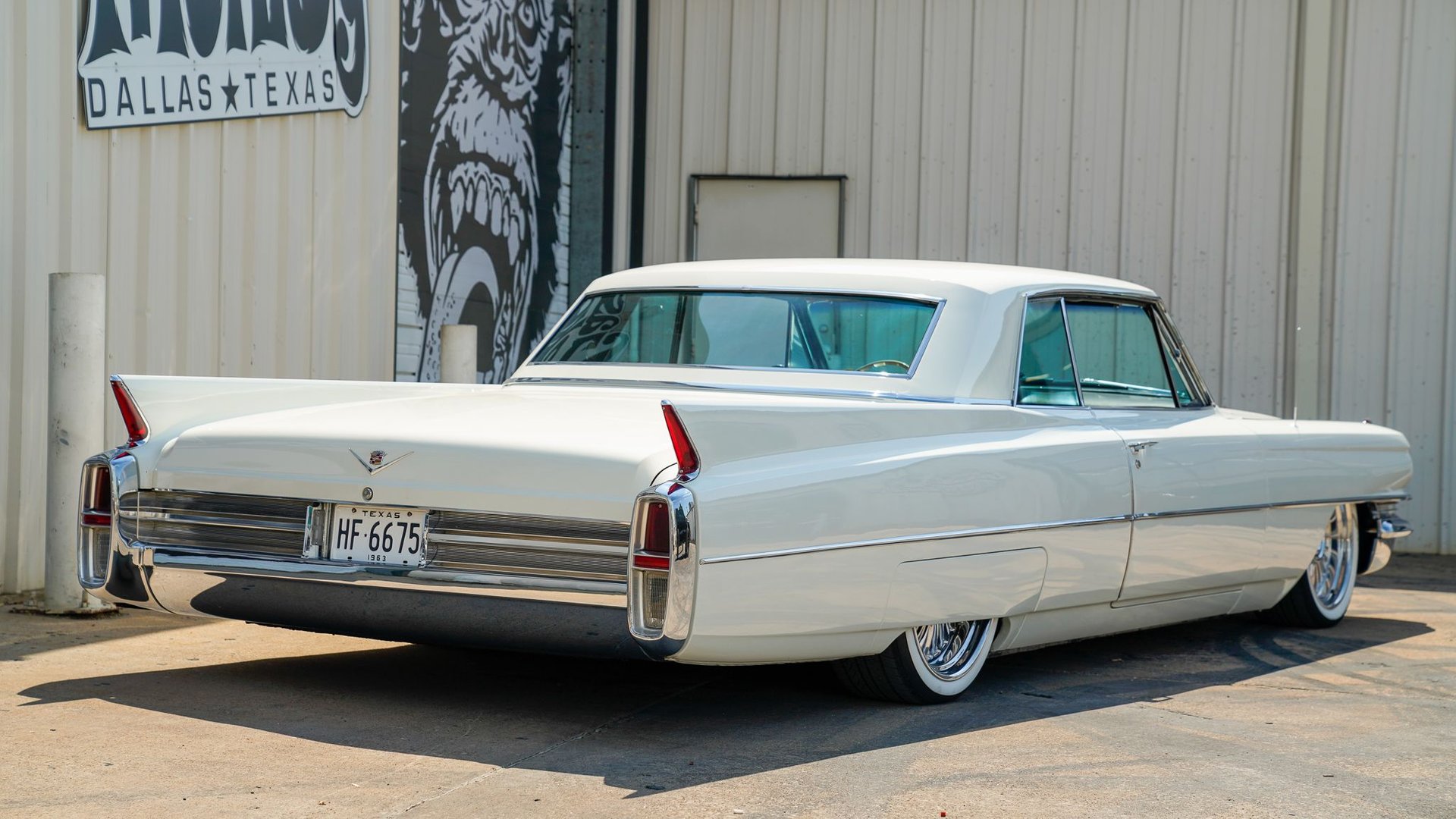 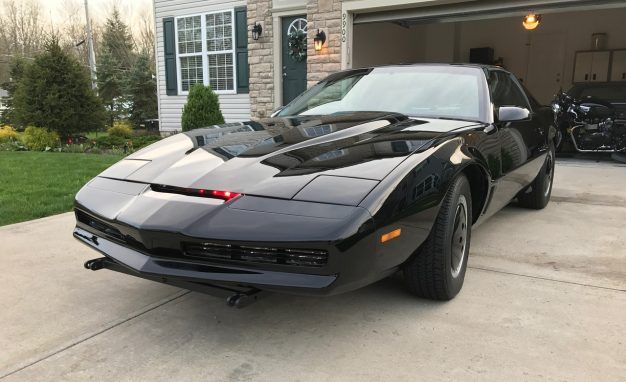 David Hasselhoff’s techie, crime-fighting character was a lone ranger of sorts. Except for the fact that he had a little help from his sweet ride: KITT, an advanced, artificially intelligent and indestructible supercar that could also talk. 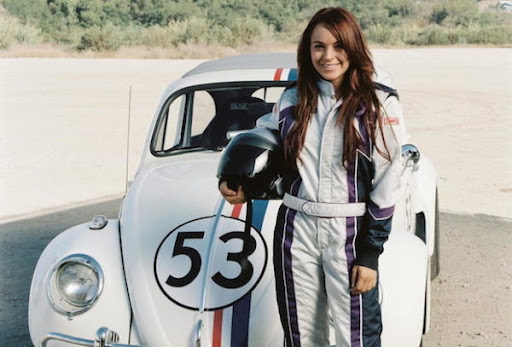 Everyone’s favorite anthropomorphic VW Bug not only has the ability reach super high speeds and beat out racing competition, but Herbie is also totally willing to be your buddy. And who can ask for more than friendship? 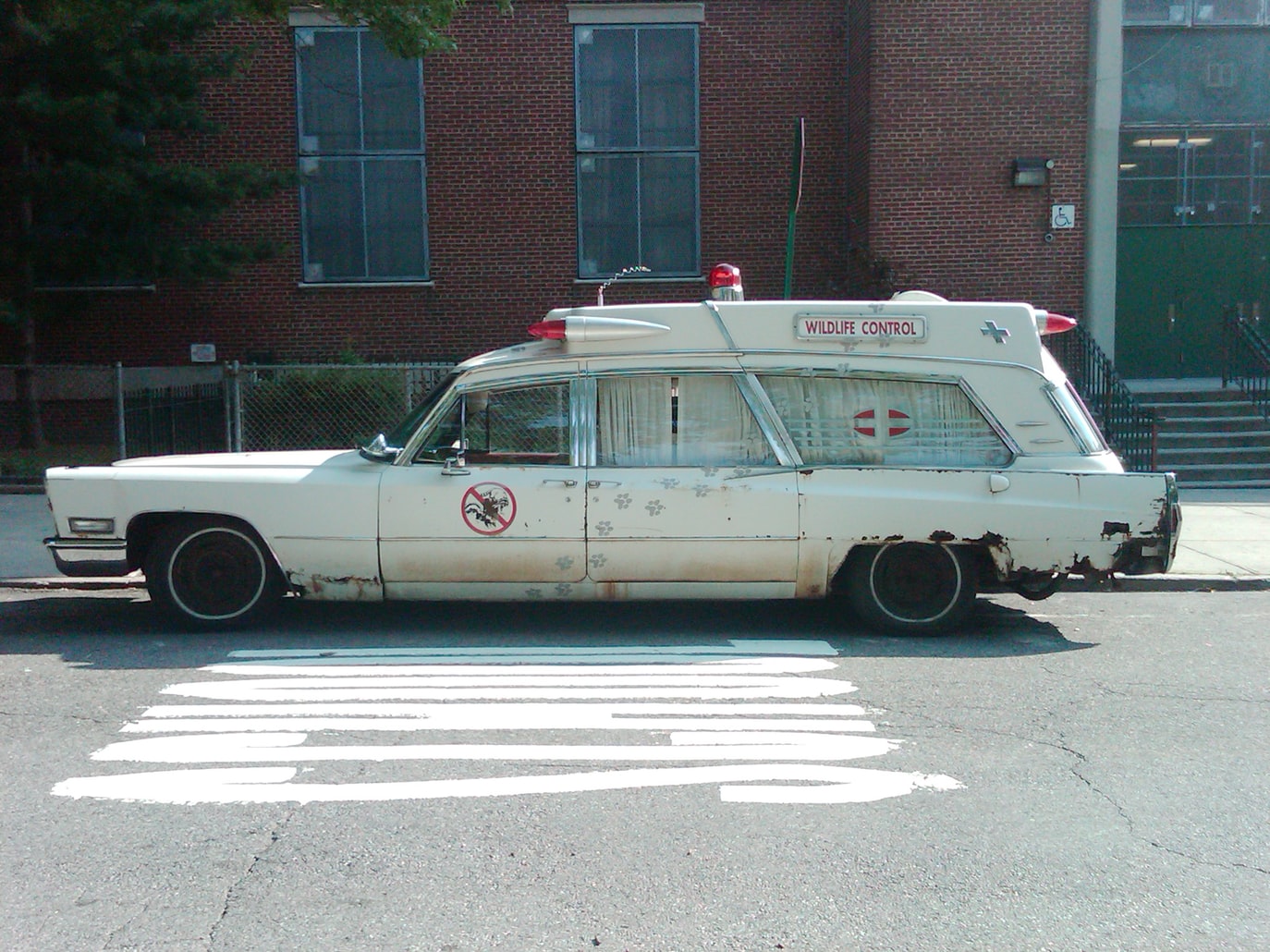 Who you gonna call? No one, if the Ectomobile isn’t running. The Ecto-1 carries essential ghost-busting equipment and features a pull-out rack that holds everyone’s proton packs. The mishmash of gadgets on the roof rack was never explained in the films but is believed to include a radar, infrared sensors and satellite uplink. . 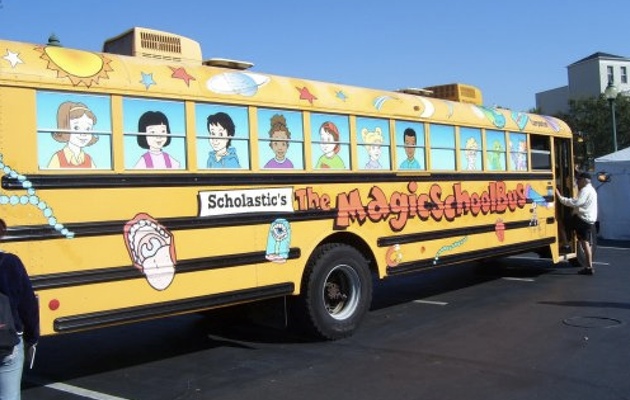 Credit Image: Link
Ms. Frizzle may have been a bit cuckoo (she did have a pet chameleon, after all), but I think we all wished we were in her class. Because, seriously, how cool were her field trips And the only reason they were so awesome was because she drove a bus with the inexplicable ability to transport the class wherever and whenever they please. A trip via magic bus has the potential to be dangerous, but in the words of Ms. Frizz: “Take chances, make mistakes and get messy!” 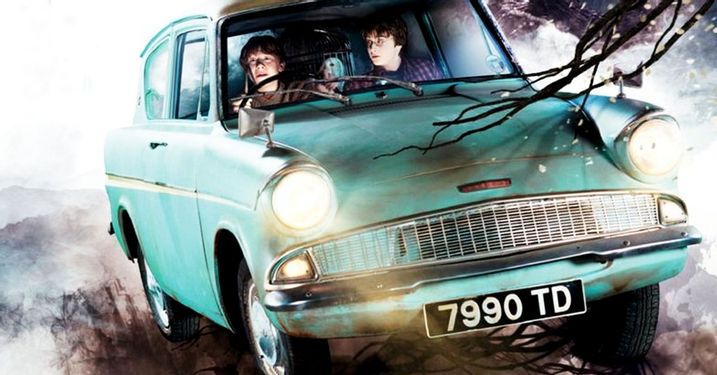 The Weasleys’ enchanted Muggle car ended up being pretty nifty in the Potter series when Ron and co. used it to bail Harry out of Privet Drive, and again when Harry and Ron took it for a spin to Hogwarts (minus the whole flying-into-the-Whomping-Willow part). Most importantly though, an enchanted flying car is pretty damn cool.

Find the best car insurance coverage at the most affordable price! 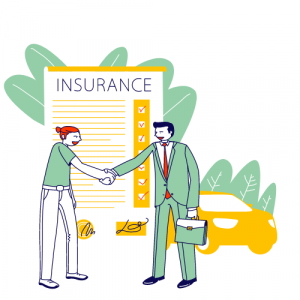